skip to main | skip to sidebar

I look forward to not updating my Tumblr

Which can be found at docfunk.tumblr.com for ease of ninja-posting a quick caption or two.
Posted by Doc Funk at 4:19 PM 38 comments: 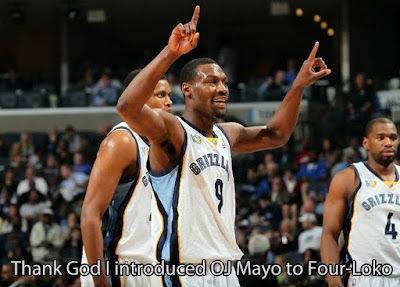 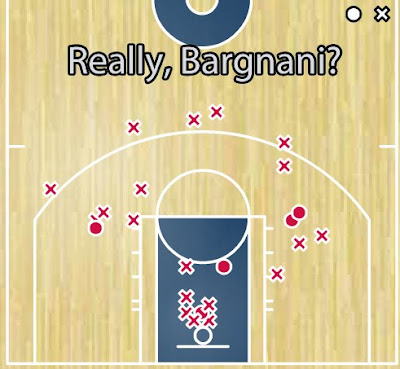 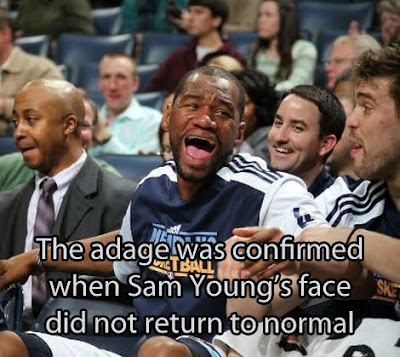 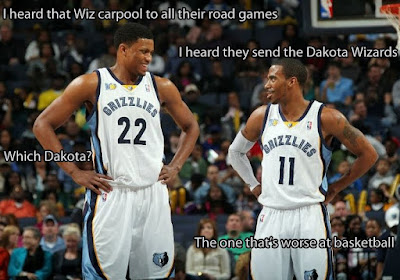 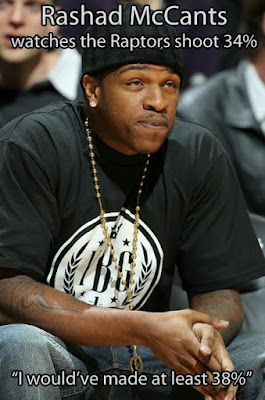 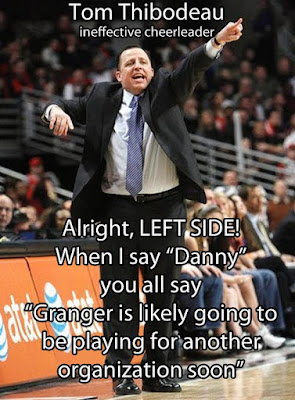 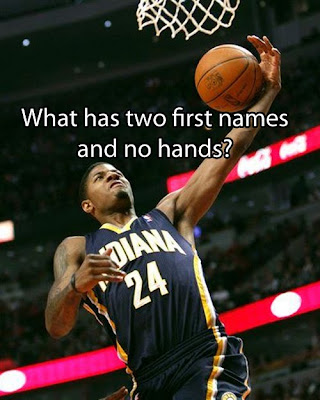 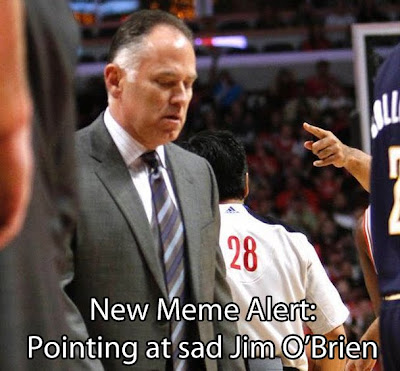 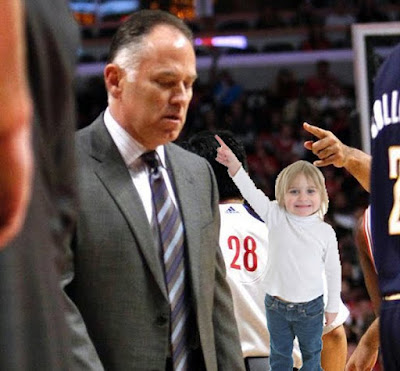 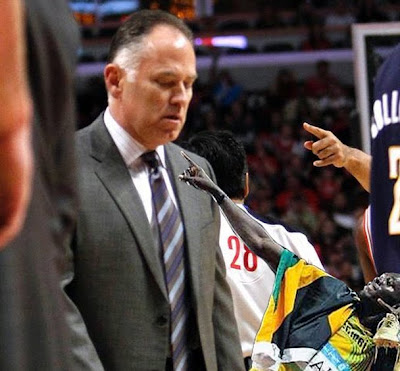 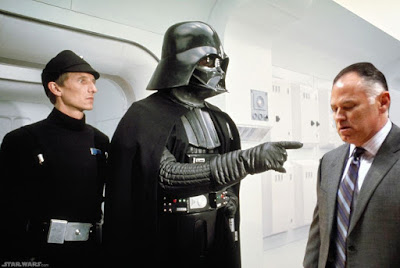 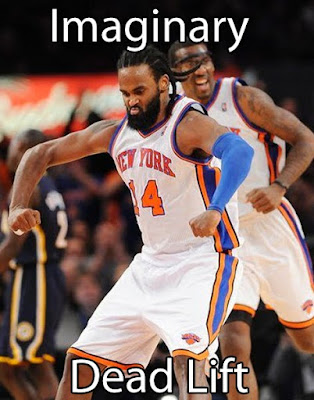 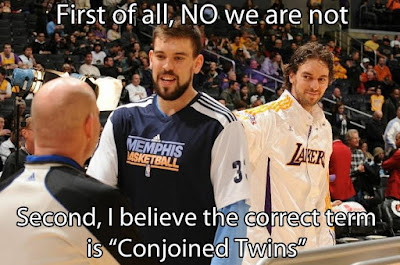 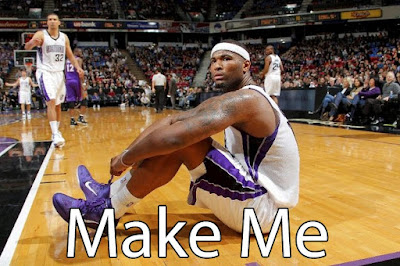 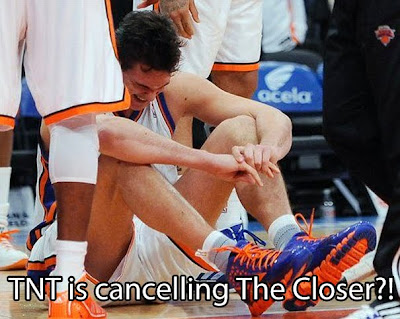 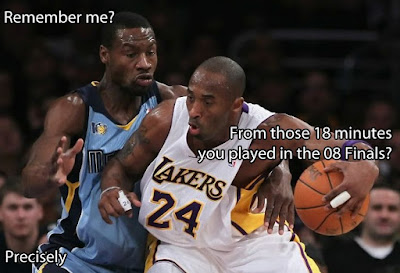 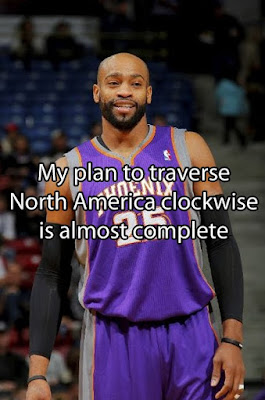 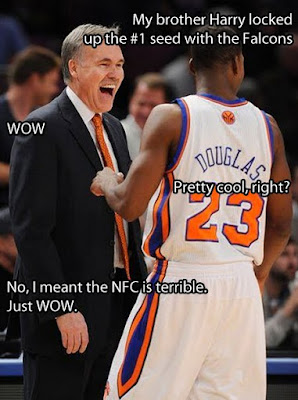 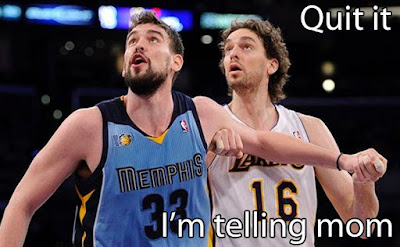 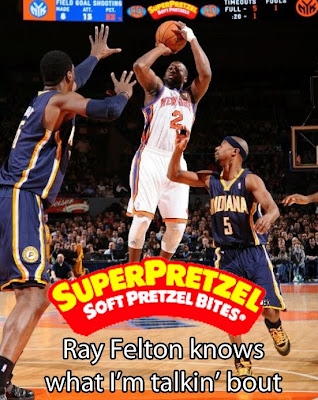 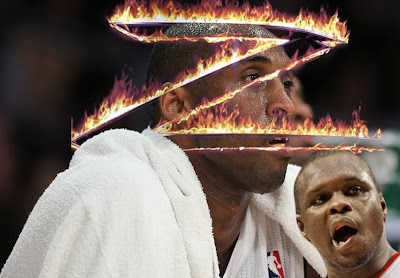 Email ThisBlogThis!Share to TwitterShare to FacebookShare to Pinterest
Tags: I also get boo'd at home

76ers @ Raptors - Sonny Weems dribbles a crater into the floor.

Nuggets @ Pistons - Will Bynum is charged with another nightclub hit-and-run, but to be fair he hit a bird/man.

Thunder @ Timberwolves - The battle of Interstate 35. You heard me, San Antonio.
Clippers @ Rockets - Aaron Brooks and Al-Farouq Aminu compare hipster glasses. Disagree on the optimal skinniness of jeans.
Bobcats @ Suns - The battle for psychological advantage goes too far when DJ Augustin awakes to find Jared Dudley standing at the foot of his bed in a clown mask.

Spurs @ Jazz - Gregg Popovich and Jerry Sloan make a sideline reporter cry.
Hornets @ Warriors - David West and David Lee conspire to rebound each others' misses for an entire half.
1.27.11
Heat @ Knicks - When asked if he ever considered teaming up with LeBron, Amar'e replies "Why? Did he say anything about me?"
Rockets @ Mavericks - Shane Battier spends half an hour trying to explain Net Neutrality to his teammates.

Celtics @ Trail Blazers - The Blazers play a different lineup every time the clock stops and don't repeat a set until the 3rd quarter. They lose by 12.
1.28.11
Nets @ Pacers - Troy Murphy calls out his former team for not adhering to Central time. What's your problem, most-of-Indiana?
Grizzlies @ 76ers - Fun Fact: Zach Randolph owns a walkman.

Bucks @ Raptors - DeMar DeRozan justifies being drafted one pick ahead of Brandon Jennings by directly causing the Raptors to get a better draft pick in subsequent years.
Knicks @ Hawks - The Knicks introduce Stephon Marbury as a Team Consultant. First order of business? Convince Eddy Curry to jump bail LIVE ON USTREAM.
Nuggets @ Cavaliers - Mo Williams and Jawad Williams discover they have matching "Will 2 Win" tattoos. Awkward (but not as awkward as the fact Jawad Williams hasn't been on the team in months. Oops).
Pistons @ Heat - Biggest Free Agency haul of 2009 vs Biggest Free Agency haul of 2010. Great job with that one, Joe Dumars.
Magic @ Bulls - Every time Quentin Richardson does his antlers celebration, Darius Miles sheds a tear. A tear from his knee... it's a pretty serious condition.
Wizards @ Thunder - Goddamnit, Durant. How many obscure Wale mixtape interludes do we have to put you on before you'll come to DC?
Timberwolves @ Jazz - Though he's been off crutches for almost 5 months, Jonny Flynn insists on doing his workouts in the pool or hot tub (preferably).
Celtics @ Suns - Delonte West is a big fan of Arizona's gun laws (or lack thereof). He still travels with the team, right?
Bobcats @ Warriors - Stephen Jackson establishes he's the most intimidating person named "Stephen" in the world. Stephen Curry agrees.

Kings @ Lakers - Theo Ratliff and Samuel Dalembert battle in the low-post. Nazr Mohammed, Dikembe Mutombo, and Aaron McKie were given the night off.
1.29.11
Pacers @ Bulls - Danny Granger casually inquires about the cost of real estate in the area. Oh nothing, just curious.
Wizards @ Grizzlies - John Wall has already played Memphis more times than he did in college.
Raptors @ Timberwolves - Amir Johnson discovers Beaver Island on his GPS while flying over Lake Michigan. Johnson is unable to concentrate until Michael Beasley tells him it's not what he thinks it is.
Hawks @ Mavericks - Al Horford has 20 and 10 but doesn't get mentioned in a single game recap. Such is the life of Al Horford.
Nets @ Bucks - Either Andruw Bogut does a great Prokhorov impersonation or he has a harem. Likely both.
Rockets @ Spurs - Loser has to invite Mark Cuban to a Texas Independence Day dinner party.
Hornets @ Kings - Chris Paul dispenses some terrible advice to Tyreke Evans.
Bobcats @ Clippers - Blake Griffin justifies his #1 pick status by playing better than Kwame Brown. At least that's all anyone brings up around Michael Jordan.
1.30.11
Heat @ Thunder - The Durantula feasts on the Human Centipede.
Celtics @ Lakers - The return of Kendrick Perkins proves conclusively that neither team is the same team they were the year before thus proving nothing at all.

Cavaliers @ Magic - Jameer Nelson introduces himself as "Ja Gotti" to great laughter by everyone except Mo Williams.
Nuggets @ 76ers - George Karl's comeback is the inspirational opposite of Doug Collins' comeback.
Pistons @ Knicks - Tonight, the role of Ronny Turiaf will be played by Ben Wallace.
Hornets @ Suns - After Chris Paul throws a pass between Steve Nash's legs, Nash responds by throwing a pass off Chris Paul's contract extension. Advantage: Nash.
Jazz @ Warriors - Monta Ellis is found in violation of his contract when he injures himself on a pogo-stick.
1.31.11
Raptors @ Pacers - With Danny Granger out with a minor injury, Team Full-of-Project-Players narrowly loses to Team Full-of-Project-Players.

Nuggets @ Nets - Mikhail Prokhorov courts Carmelo Anthony by suggesting they go to Chili's, rent a romantic comedy, and see where the night takes them. Oops, spilled some wine on your shirt, Melo. Here, lemme get that.

Cavaliers @ Heat - Byron Scott takes comfort in knowing that if he had LeBron, he'd have lost control of the team by now anyways. So take that, Heat. In your face.
Magic @ Grizzlies - Brandon Bass and Quentin Richardson anoint their tandem "The BBQ." The BBQ gets a DNP.
Wizards @ Mavericks - Josh Howard thought he was just being grounded this whole time and tries to return to the Mavericks (who have since changed the locks).
Bobcats @ Jazz - Either Stephen Jackson really likes Cee-Lo or he really likes saying "Fuck You." Probably both.
Bucks @ Clippers - Sports Science concludes that Brandon Jennings doesn't adhere to the laws of Sports nor Science.
Posted by Doc Funk at 2:00 PM 28 comments:

Email ThisBlogThis!Share to TwitterShare to FacebookShare to Pinterest
Tags: so many corrections 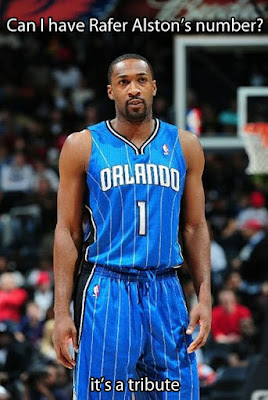 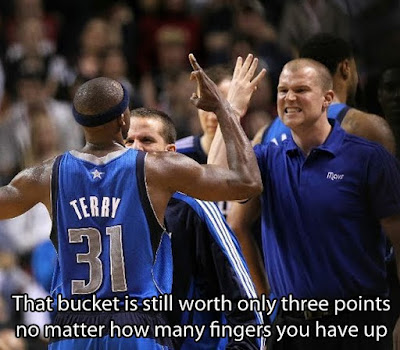 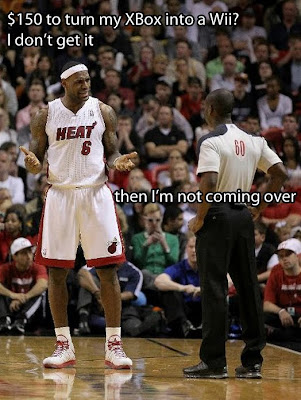 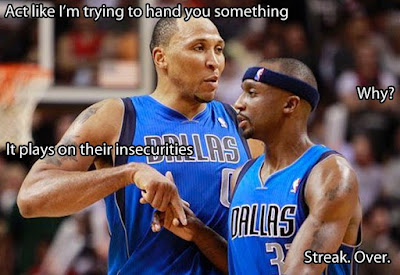 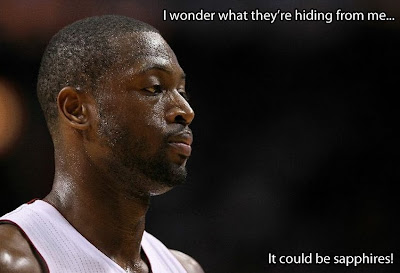 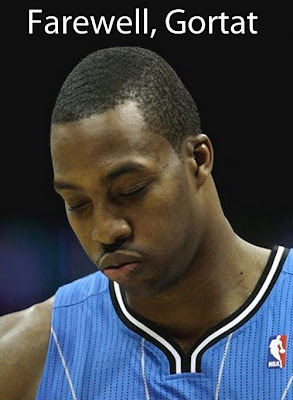 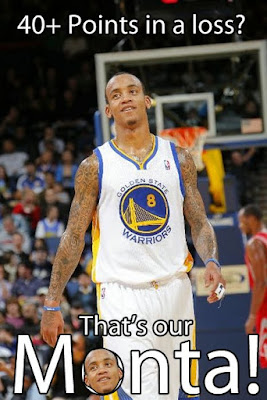 Email ThisBlogThis!Share to TwitterShare to FacebookShare to Pinterest
Tags: no shots at monta
Older Posts Home
Subscribe to: Posts (Atom)